Mecca - is it a Shiva temple?

Many say with proofs that Mecca kaaba is a Shiva temple. 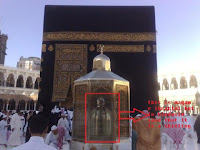 "Allah" in Tamil even today means "no", or formless. The divine is not having any form.

There are many similar articles found in the net with proofs of Mecca being a Shiva temple.
http://kattar-hindu.blogspot.in/2012/12/makka-madina-is-shiv-temple-proof.html
This again is a Shiva linga, without the linga left with the base.

Many of the rituals are very similar to Hindus.

means - The divine feet were kept first in Gaya, second in Mecca and third time in Shuklatheertham and all these places are sacred.

In sanskrit Makha-medini means "The land of fire worship" 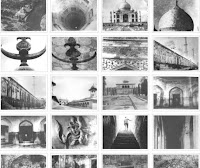 It is being told that Taj Mahal is a Shiva temple.
http://hinduadhyathmikam.blogspot.in/2012/08/was-taj-mahal-hindu-temple-yes.html